RONI SASAKI A LEG UP ON LIFE
Call 360-607-9422
Send Email
Roni's Story
Roni Sasaki was born with only one leg. At her birth, the doctor who declared she was born with a handicap also said she would probably never walk. She learned to walk on an artificial leg just before her second birthday. Walking was never one of her problems. Her greatest struggle as a youngster was learning to love and accept herself for being “different.”
Roni harbored a secret desire to become an Olympic athlete, even though she realized it was a ridiculous dream for a disabled child. She attempted various sports and spent a lot of energy trying to prove that she could do anything anybody else could do. In spite of her efforts, she rarely measured up to the other kids.
During her senior year in high school, Roni received a phone call that altered her future and ultimately led to the fulfillment of her secret dream. The woman’s voice on the other line said, “Would you like to learn how to ski?”
Sasaki went on to become a world-class disabled ski racer, skiing on only one ski. She placed and won numerous regional, national and international races during her ten-year racing career. Finally in 1992, at the Paralympics in Albertville, France, she won a gold medal and two bronze medals. Her secret dream was no longer a secret.
Roni has been speaking since she was 16, and she inspires audiences of all ages to love themselves just the way they are. She encourages others to embrace the unique characteristics that may seem like a weakness, but can ultimately become a stepping stone to achieve greatness.
Sasaki is the owner of EnviroMet, an industrial supply company that she started over 24 years ago. She brings to the table all her experience as a business owner, team builder, winning athlete, and long-time speaker, and wraps it all up in an exceptional presentation for your group or organization. 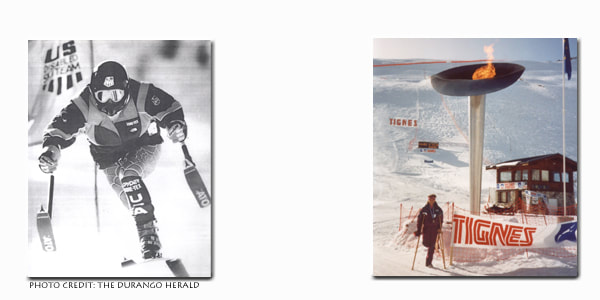